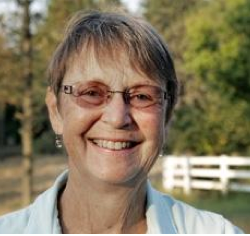 Civic Ventures, which awards The Purpose Prize, is a think tank on boomers, work and social purpose. The organization introduced the concept of encore careers, which combine meaning, continued income and social impact. They provideÂ  social entrepreneurs over 60 $100,000 each for using their experience and passion to make an extraordinary impact on some of society’s biggest challenges. Now in its sixth year, the $17 million program is the nation’s only large-scale investment in social innovators in the second half of life.

Hughes, a stay-at-home mom, was at a loss after her husband’s death in 2001. Yearning for adventure and purpose, she volunteered to cook for a medical mission in Guatemala. As she worked, thousands of people came for treatment – as many as 80 percent of them injured by open fires in unventilated homes. Entire families suffered chronic coughs, respiratory infections and horrific burns. According to the World Health Organization, smoke exposure from traditional cookstoves and open fires causes more than 2 million premature deaths annually – twice as many as malaria. Hughes was intent on finding a way to prevent those injuries. Since 2008, Hughes’ organization, StoveTeam International, has manufactured and sold the affordable, fuel-efficient Ecocina stove. Portable, smokeless, cool to the touch and needing just a few pieces of kindling to cook a meal, the stove has replaced the open cooking fire in more than 15,000 homes across Central America, reaching more than 90,000 people.