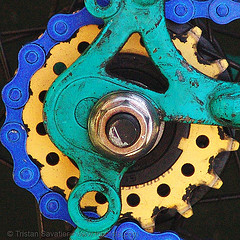 Todayâ€™s post is one of many from members of the Career Collective community I co-coordinate with my colleague Jacqui Barrett-Poindexter.

This monthâ€™s question? How to overcome networking fears and make networking fun – tips for introverts AND extroverts.

I don’t know very many people who love to network. (There are some, but when it comes to job hunt networking, most seem to find it onerous and difficult.) First, let’s make it clear why you need to network. CareerXRoads found (and continues to find every year) that almost 27% of hires that companies make are via referrals. If you look at the big picture — ways that people find their way to jobs — referrals account for the majority of hires.

In the bigger scheme of things, some people believe that up to 80% of jobs actually are the result of networking. This could mean someone you know letting you know about an opportunity or a Twitter friend passing along a tweet about a job. Neither of those are captured as “referrals” by a company that hires you, but ultimately, they are networking related hires. There’s no doubt that networking is important.

But, what about introverts? Are they at a significant disadvantage in a world where it’s so important to connect and engage with people for career success?

In an earlier blog post, I shared information from Lindsey Pollak about why shy or introverted people make great networkers. You don’t need to be someone who loves working a room or sharing your life story to be good at networking, as there are innate traits anyone identifying in these groups may have. In summary, shy and introverted people ask for personal referrals, tend to be polite, are good listeners, bring a friend to networking events and leverage their on-line contacts â€“ all great indicators of a successful networker!

Here are tips to help make networking fun that apply to both introverts and extroverts:

1. Choose a networking venue that you enjoy. If you like talking to people in person, go to events where you will have that chance. If you like networking in your pajamas, with a laptop balanced on your knees, look to social networking. There are more opportunities than ever there for you.

2. Recognize networking applications of things you are already doing. For example, have you considered the great professional networking opportunities that can come of Facebook? I shared ideas about why Facebook is such a great tool for job seekers in a previous post. The first reason – Facebook is fun! Let’s face it, most people are not drawn into spending hours pouring over LinkedIn. (Although it might be useful to do so!) Facebook is about relationships. Read more about why you should consider being there for professional reasons. You may decide that you actually enjoy job search networking if you’re getting it done without even realizing it.

3. Try new things. Are you using Twitter for your job search? Did you know that some people think Twitter users are more likely to get interviews? If you are not already there, learn how toÂ  use Twitter for your job search and you’ll have an opportunity to try out some new networking opportunities that are different from what you may have already tried, such as Twitter chats. Twitter chats are a great way to expand your network. (Follow that link to learn more about them.) Chats such as #jobhuntchat (Monday nights at 10 pm eastern) are great places to ask questions and share experiences. If the chat goes too fast for your taste, you can always network as an observer and then reach out to respondents after the chat is done with clarifying questions. I think that chats provide opportunities for anyone who wants to reach out to a larger network to do so.

What did my colleagues suggest?

How to Take the Intimidation Out of Networking, @heathermundell

Networking for the Shy and Introverted, @KatCareerGal

A tale of two networkers, @DawnBugni

Introvert or Extrovert: Tips for the Job Search No Matter Which ‘Vert’ You Are, @erinkennedycprw

Networking: Why Who You Know Doesn’t Count, @Chandlee