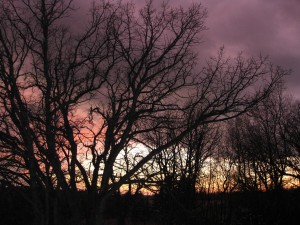 Do you have a job search horror story? Unfortunately, many do. How can we learn from our experiences and wind up with a better ending next time?

This is another story that, to me, illustrates how some job seekers create their own results in their search.

Thanks to Laurie S. for sharing this tale:

After finding myself a smart self starting college educated experienced individual laid off and unable to find work for 15 months you can imagine I have a million stories. The following is just one of many from my journal.

The interview lined up for today was for a part-time position. Because there was nothing to chose from in the full time job opportunities. Unless a person is maybe a nurse or a DUI Attorney…it is slim pickings. The interview was with a small insurance company and I had been going round with trying to set up an interview with them.

Finally, I received an email from the company saying they would like to set up an interview and when would be a good time for me. This email hit me as a little odd. It would have made more sense for them to call me to set something up Johnny on the Spot instead of playing email games. I replied to their email because there was not a phone number to call. My reply email was greeted with yet another email letting me know the date and time I selected was not available. The sender of the email sent it out late Friday, which means I did not receive their reply to my reply until Saturday morning. The sender of the email let me know they had 9AM or 11AM on Monday morning available. I let them know I would see them on Monday morning at 9AM. This response would have been a reply to their reply of my reply to their reply are you catching my drift about the insanity with this?

…The office was right in front of me; however, there were no lights on in the office. Actually, there was not a soul in the office.

â€œGreat now what?â€ I said aloud and with much disappointment.

I was less and less feeling like being involved with an interview at this moment. I was not in the mood to answer the obligatory question, “So, what is your 5-year plan?”

My mood grew from irritated and indignant to a mischievous twinkle in my right eye. I had decided that I was not leaving until I had an interview. If I had to camp out on the bench I was sitting on all day long, somebody from the insurance office was going to sit down and look at my happy little smile. After about 30 minutes, a young woman came through the front doors and headed toward the office space I wanted to call my new home. She opened the front doors, turned the lights and sat down at the front computer. I gave her a few minutes to catch her breath. I made my way into the office space.

I put on my brightest smile. â€œHello,â€ I said warmly.

The young gal looked at me and smiled back.

â€œI believe I have an interview for 9am this morning.â€ I continued.

â€œOkay let me give Jason a call.â€ She said.

She picked up the phone, â€œHey your 9am interview is here. Umm.. I do not know. Uhhh yesâ€¦sure okay I will tell her.â€

â€œOkay Jason will be in about 15 minutes. Have a seat and make yourself comfortable.â€ She said.

I took a seat and thought about the magazine I had left in the lobby. I should have brought it in because I do not want to sit and stare at the wall. I pulled out my day planner and made it look like I was organizing something in my life.

As luck would have it, my new friend at the front desk was a chatty. I Â learned they received over 500 resumes for this part-time position.

â€œI am sorry I was late today but I had to stop and pick up the mail at our old office.â€ She said.

â€œJason should be here soon. He is actually a friend of mine that is how I got this job.â€ She laughed.

â€œWe all just came back from a weekend trip to Las Vegas.â€ She smiled

Hmm.. I thought to myself. I am not sure about how I feel about that idea. This gal was about half my age. I was getting the feeling we did not have much in common. I lied and said, â€œReally that is cool your employer paid for you to have a weekend in Las Vegas.â€ I said

â€œWell I am one of those casualties of the economy and lost my job. It is tough out there right now so I am bartending at the moment.â€ I said.

A young guy with curly blonde hair whipped through the front doors.

â€œHi, sorry I am running late I will be with you in a moment. Uhh, actually just follow me back.â€ he said breathlessly.

I took out a fresh resume for him. I knew since he had been running around at Mach 2 speed this morning and had forgotten our interview he would need to be refreshed about my qualifications.

After my conversation with Chatty Kathy, I learned the guy sitting in front of me was 27 and it was his Daddyâ€™s company.

He took his time looking at my resume.

â€œUh huh, uh huhâ€ she said while nodding his head. When he finished he put his hands on the table Â and said,

â€œWell you are over qualified for this position. Why do you want to work here?â€ He looked at me.

Now my real answer floating in my head was because I do not have a Daddy to give me a job. However, I smiled my most charming smile I could muster and said,

â€œLook I would like to work in an industry that I know is going to be around. I have a lot to skills to offer a company. I have friends who work in the insurance industry and it seems to be somewhat stable. Job security is really important to me.â€ I finished.

â€œWell where do you see yourself in 5 years?â€ he asked.

There it was the question I most hated. I wonder if there is some unwritten rule in an interview that this stupid question must be asked by the employer or the 5-year plan association people fine them some exurbanite fee.

I took a breath looked directly into Jasonâ€™s eyes and said.

â€œEveryone has plans and goals but I have personally found life these days is more about figuring out how to maneuver around all of the stuff that life throws at you. I certainly did not plan on my father dying when I was 22. I did not plan on the economy taking the biggest dump in history since The Great Depression. My brother did not plan on his employer laying him off exactly a week after he told him that he and his wife were expecting their first child. It has been in my best interest to figure out how to not let things get in my way and to continue to move forward.â€ I finished.

I do not think Jason knew what to make of my answer. But it was the truth. It took him a moment to get back on track.

â€œWell we have more business then we know what to do with and that is why we are needing to add to our staff.â€ He said.

â€œYou are very blessed and this is a nice thing to hear.â€ I smiled.

â€œWould you like a tour of the office?â€ He asked.

â€œI would love one,â€ I answered.

I think a tour of the office is a good sign. If he were not interested in my filling the position, he would not waste his time with a tour. There was not much to see in the office. He showed me to the part of the office that would have my cubicle. It was not much but it was more then I had now. And as he said in the interview, it was a position that could grow into different things.

â€œJason, do you know when you would like to have the position filled?â€ I asked.

â€œBy the end of the week,â€ He answered.

â€œIf you are still seriously considering this position when you get home if you could shoot me an email,â€ he requested.

Something about the request felt strange and I could not put my finger on what it was. I mean why I would not want the job?

I held out my hand to shake his and said, â€œIt was a pleasure to meet you.”

Regardless of sending my email to let him know I was interested in the position and several calls to the office I never heard from Jason. Probably a blessing in disguise.Â

It seems to me that Laurie sealed her own fate here by answering questions in a bit of a defiant manner. Instead launching into a tirade indicating that she wanted job security, she could have given some plausible,Â believable reasons that she was applying for the job.Â She might have expressed a real interest in the organization itself or in the industry.

In describing her future plans, she could have given an answer that did not incorporate her personal story or that of her family. Clearly, she knew she had made the interviewer uncomfortable with her reply. She knew to be prepared for this question, and could have delivered an answer that would have appealed to a prospective employer and given her a chance to land the job and to turn it down.

In my estimation, the tour was just a way to end the interview, not a positive sign of an impending offer.

On the other hand, clearly, Laurie had pretty much made up her mind that this was not the right place for her. They were late for the interview, traveled as a team for fun and it was a family business. None of this added up in Laurie’s mind as a great opportunity. However, as a job seeker, it is important to follow through so that YOU are the one turning down the opportunity that is not right. “Throwing” an interview and not taking things seriously just makes this another in a series of negative job experiences.

How great would it have been for Laurie had she landed this job, and then decided whether or not it was not the right environment for her? She could have declined the job, but boosted her confidence level at the same time.

So – think about it…Are your “horror stories” someone else’s fault? Or, are you contributing to your own downward spiral?