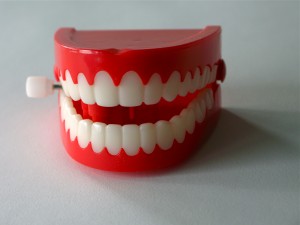 Are you already plotting and planning your workplace April Fool’s Day pranks? Or, are you the butt of the jokes â€“ the one always on the receiving end of every prankster with an idea?

If you’re considering pulling a big prank at work, you may want to think twice. A national survey by a recruitment firm found 68% of advertising and marketing executives think April Fools’ pranks areÂ inappropriateÂ for the workplace. While under the guise of “team building,” certain pranks cause more harm than good. Even if your corporate or office culture embraces jokes, be aware that a misstep, even if intended all in fun, can mean you’re looking for aÂ new jobÂ if someone takes it the wrong way, or if things go too far.

How can you evaluate a workplace prank?

Every office has a few knownÂ misfitsÂ â€“ people who don’t seem to mesh with the rest of the crowd. Choosing these teammates to be on the receiving end of your prank isn’t funny, it’s mean spirited and potentially cruel. Picking on someone known to be an outsider puts you on the same level of the grade-school bully who takes lunches from weaker kids on the bus.

Resist the urge to do anything that could cause permanent harm.

While changing a meeting time on someone’s calendar to cause them to miss an appointment may seem casual or harmless, if the event was important, the prank may escalate from mirthful to consequential very quickly.

Avoid gags that could be considered offensive.Â

Stay away from anything that could be interpreted as targeted at any group or could be considered harassment. Making fun of people based on their race, religion or sexual orientation is never appropriate. Anything sexual in nature at all (a stripper, for example) is crossing the line in the office and could result in harassment charges.

If your target is the one who normally plans office pranks, and gags are common in your workplace, you’re less likely to be met with resistance, and your prank may be well received. If you work in a place where fun comes first, a well-played practical joke may be a welcome distraction. On the other hand, if it’s a buttoned-up work environment or clients frequent the office, you may want to think twice (or three times) before breaking the company’s culture with an April Fool’s joke.

Maybe making your boss look a little silly won’t get you fired (if you’re lucky). However, making your boss look silly, filming it and posting it on the company’s YouTube channel or Twitter feed may very well result in termination. Be aware of the ramifications of what you do and how a single photo posted on Facebook can affect someone’s career.

There’s no dearth of ideas online forÂ practical jokes at work. If you must break the monotony at work and have considered your plans in the context of advice to evaluate a workplace prank, choose something that won’t hurt anyone’s feelings and that leaves everyone involved thinking, “That was funny.”

Here are a few April Fool’s Day pranks unlikely to hurt anyone, but proceed at your own risk.Â

If you do choose to proceed with a prank, make sure to be careful and keep the end goal in mind. You want everyone remembering the prank as being fun and clever, not nasty and mean spirited.