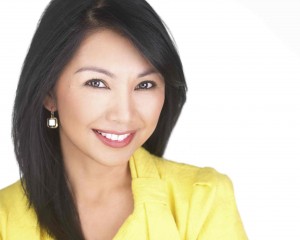 Networking is the most important, and sometimes most difficult, aspect of the job hunt. Lucky for all of us, Liz Lynch has made it a little easier by offering a guide for job seekers, entrepreneurs and careerists with her terrific book, Smart Networking: Attract a Following In Person and Online.

Appropriately, I first “met” Liz by networking! I noticed that one of my contacts, Walter Akana, followed her on Twitter, and I followed her, too. I was delighted when she contacted me to participate in a round of interviews about her book. It was fun to win a round of the contests she sponsored and to receive a copy of her book as part of my prize.

If you don’t like networking, this book is for you! I thought Liz’s analogy that networking is like exercise was perfect: “Some people love it, but for many, it’s something they know they must do for good long-term health.” If you are a reluctant networker or consider it unsavory, you’ll want to read a book by someone who admits that she rarely speaks to people on airplanes! Liz allows for everyone’s individual networking style and needs; she addresses all of them in her book.

Liz notes the importance of thinking of networking as relationship building, not as transactions between people. She reminds readers that there are many great ways to network, and that one of the best ways to build your “networking gravity” – “the force that draws people automatically into your world with whom you have the greatest potential to build mutually beneficial relationships” is by introducing people to each other!

I’m a big proponent of being a connector, someone who enjoysÃ‚Â linking people together forÃ‚Â their advantage. I love how Liz explains the importance of having a “long tail” online. Extending your reach via social networking broadens your circle of influence and allows you to consciously and generously add value to others by introducing them to contacts in your circle. By doing so, you open the door to untold numbers of opportunities.

Not only does Liz offer great tips (such as: write notes on the back of YOUR business card when you hand it to someone), she also offers suggestions of networking plans customized to your own needs and preferences. She also reminds us that there is no “magic bullet.”

The bottom line – networking IS here to stay. The marketplace will continue to be competitive, and if you bury your head in the sand and try to avoid networking, you will lose out on a lot of opportunities. Liz closes her book with a quote by Jack Canfield, “When you lift others up, they will lift you up.” This is so true. Being known as someone who helps and supports others, be it in the workplace or elsewhere, is a high honor and doorway to success.

Give generously, don’t keep score and follow Liz’s tips and you may be surprised at the results!

Need a little extra help getting started? I can help you put your networking plans into action for a successful job hunt. Contact me to learn more!