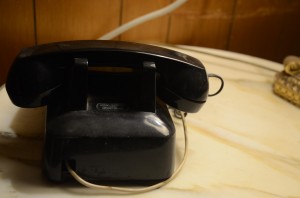 According to this year’s annual job outlook survey by the National Association of Colleges and Employers, the No. 1 skill employers seek from 2013 grads is the “ability to verbally communicate with persons inside and outside the organization.”

Communication coach Marvin Brown, author of “How to Meet and Talk to Anyone, Anywhere … Anytime…,” agrees that communication is key toÂ success at work. “Work is about relationships. With managers, co-workers, clients and customers,” he says. “To build a high-quality relationship, you need to establish trust, you need to be a great listener and you need to be friendly and easy to converse with.”

There are many ways to make a good first impression and raise your profile in the eyes of team members and bosses. Brown highlights these six key points to help you succeed on the job:

1. Communicate with intent.Â Don’t be lazy when you speak. While short-form communication, such as texting and tweeting, is commonplace, it’sÂ important in the workplaceÂ to take extra time and effort to communicate specifically and to make sure what we say isn’t full of clichÃ©s, nonspecific words like “thing” or fillers that we repeat so often that we don’t hear ourselves saying them, for example, “you know” or “like.” Brown suggests: “Think before you speak. Replace vague words with descriptive words. Try to hear yourself talk so your words have more value and your ideas have content. People will pay more attention to your ideas if you can express them well.”

2. Don’t pass up an opening to engage.Â You never know what conversation at work will trigger an opportunity. Don’t miss any chance to engage with people on the job. “If you’re in the elevator with your boss and she says something about the weather, that’s an opening, an opportunity to engage,” Brown says.

Demonstrate that you can have a conversation. Look up from your phone long enough to make eye contact andÂ say something intelligent. There are bound to be opportunities to interact with new people every day in a work environment, but it can be easy to miss opportunities if you’re engrossed in other things. Be ready to respond when someone casually engages in conversation with you, and don’t be afraid to approach others with a friendly question or conversation starter.

3. Be yourself.Â You’ve heard this advice before: “Just be yourself.” But perhaps you never believed it would help. Trying to be someone you’re not can be draining, so the best advice is to showcase your best self on the job. “New employees often try to impress by being overly charming,” Brown says. “They feel the need to tell jokes, throw around fancy words and be the life of the cubicle.” He warns that this act can easily backfire. “Forget about being super eloquent, clever or pretentious. Be simple and direct. Trying to impress others will only come across as disingenuous and fake and you may risk alienating colleagues.”

4. Use nonverbal cues to your advantage.Â Body languageÂ is as important as verbal language when it comes to making first impressions, giving your message impact and winning people’s trust, according to Brown. “When greeting a work associate, look up from what you’re doing, make eye contact and smile,” he suggests. When you make the effort to engage nonverbally, you make the person feel important, which helps establish a relationship.

5. Focus on names.Â Brown suggests: “When meeting someone for the first time, say your name while extending a firm handshake. Research shows they’re 75 percent more likely to remember you.”

Also, make an effort toÂ remember the namesÂ of the people you meet. Don’t underestimate how impressive it is to be able to use someone’s name the next time you see him or her.

6. Take criticism gracefully.Â Be open to constructive criticism. Brown says there’s nothing worse than an employee or co-worker who won’t hear feedback, gets defensive and impedes progress at work as a result. “Try to listen to what the other person is saying about your work and try not to take it personally,” Brown says. “It’s even better if you can respond by saying, ‘Thank you for pointing that out to me,’ or ‘That’s really helpful. You just did me a big favor sharing that feedback.'”

Be mindful of how you communicate and how your body language and persona either invite or push away people at work. Ultimately, the better your communication skills, the more likely you are to succeed in any workplace, so don’t underestimate their importance.