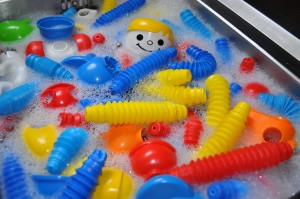 Are you unhappy at work? If so, you arenâ€™t alone. A recent Gallup report, “State of the Global Workplace,” indicates most surveyed workers were â€œactively disengagedâ€ and very few love their jobs. Have you dreamed of making a change and following a passion instead of maintaining your dreaded 9-to-5 job?

Christie Mims, founder of The Revolutionary Club, a career coaching service focused on helping you find your passion, says she believes achieving career happiness is absolutely possible. Whatâ€™s holding you up? Perhaps it’s one of what Mims calls the three big passion mistakes:

1. Being distracted by fear and self-doubt. Considering a career change can be scary, and the uncertainty inherent in making a change can paralyze people who prefer the â€œenemy they knowâ€ to the one that may lurk around the corner. Mims explains: â€œThinking about making a career change brings all sorts of demons to the surface. Those worries that crystallize into thoughts such as â€˜I’ll never be able to pay my mortgage,â€™ â€˜If I do something new, I may be a total failureâ€™ or â€˜What if I hate it even more than where I am now?â€ Mims assures job seekers that those fears are typical and human, but they can prevent you from taking action to help yourself and doing the research and leg work needed to accomplish a change. â€œFor example: If you are a well-paid consultant, but you dream about being a yoga teacher, you may let your worries about salary get in the way of exploring the dream, without ever defining what kind of yoga teacher you want to be or doing the research to find out how much money you could actually make in that field,â€ she says. Perhaps you allow yourself to believe something you read or heard about yoga without determining if it was credible and allow it to be the final word on your plans.

2. Going it alone. Capable people often avoid seeking help or support, even when trying to accomplish lofty and difficult goals. â€œIt may be tough to admit that you need help or that you want something more from your work,â€ Mims says, explaining that a lot of people suffer in silence, never talking about what they’d really like to do or pursuing more options.

How can you overcome that? â€œKeep in mind, you arenâ€™t in this alone,” Mims says. “Reaching out for help can be the most motivational step that you take. Whether it’s asking for coffee with a friend to brainstorm ideas, a meeting with a new mentor or an informational interview with someone you met on LinkedIn or social media, talking to others is both inspiring and helpful.â€ Donâ€™t expect to have all the answers, because itâ€™s unlikely youâ€™ll be able to come up with a solution entirely on your own. Statistically, it usually takes a tip from a networking contact or a referral to land a new position. â€The truth is that we all need help, and the most successful are the ones who seek it out,â€ she says.

3. Asking the wrong questions. If you donâ€™t want to get stuck, Mims suggests you avoid asking yourself, “What is my passion?” She notes: â€œMost people expect the answer to fall in their lap.â€ Avoid overwhelming that may send you into a cycle of doubt. Instead, ask yourself, “What makes me lose track of time right now?” Make a list of what you love doing so much that you don’t notice time passing, as it will probably give you a clue as to the next step for your career.

â€œRemember, finding your passion is a process that is constantly and consistently evolving and changing as you change,” Mims says. “There isn’t one right answer â€“ there are MANY right answers because you are a complex and interesting person.â€ She advises you to let go of getting it right in favor of identifying your interests and exploring them. Keep in mind: if you never try, youâ€™ll never know if fulfillment and enhanced happiness await you in a different career.