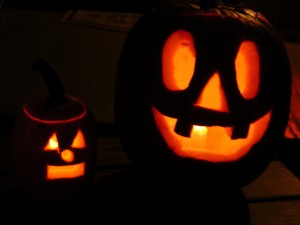 If you’ve been looking for a job, it’s likely you have some horror stories to share. Have you ever encountered illegal interview questions? Read this story, from Natalie:

After waiting for awhile in a brightly orange-painted room, the interviewer calls my name and sits me down at a desk.

Normal thus far until he comments on my choice of wardrobe – a green dress. Literally he said “Natalie in the green dress in the orange room!” Then he looks at my resume – “So you’re from Utah, isn’t that where all of those Mormons live? Are you Mormon?”
I answer in the affirmative, and a little bell starts ringing – isn’t he not supposed to ask that? He starts asking me the interview questions and randomly pauses to ask me why I switched from crossing my legs to crossing my ankles and asked (maybe leered) – are you comfortable here with me? Got a little nervous that I may have gotten myself into a bad situation at that point.
I got the question that every interviewer has asked…”What brought you to San Diego?”
“My husband and I just moved here.”
Then he starts asking – “Oh you’re married, how long have you been married?”
After my reply of one month, he literally said, “Well you’re Mormon – you’re going to have children soon.”
Now – I know that’s not right – for an interviewer to ask an interviewee about children and upcoming life events that would affect employment. But we keep going.
I have to admit it was a little weird when he asked me if my husband had more than one wife…I tried to politely educate him – but seriously – no SERIOUSLY?! The interview was awkward and concluded. He then walked me outside, saying he wanted to see what car I drove. Okaaaayy…then he asked what was on my ipod.
Maybe he didn’t like that I said Fergie mixed with country because he called a few hours later to say I didn’t get the job. Needless to say, despite wanting income, I didn’t want to work with him anyway.
Ah…the true horror story, complete with the illegal and generally inappropriate/irrelevant interview questions. Clearly, the main (and key) outcome here is that Natalie would not have wanted to work for this person, regardless. That is important. It’s key for job seekers to maintain control of their own destinies by refusing to work where they know they are likely to experience inappropriate behavior. Don’t ignore interview warning signs.
It’s up to you to NOT jump from the frying pan (a bad job or no job) into the fire – a horrible job!
So, how could Natalie have managed these questions? Did she have to answer? Follow this link for information about how to handle illegal interview questions.
Have you ever been confronted with an illegal or inappropriate interview question? Share your experiences in the comments!