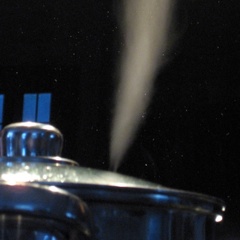 If you follow the career advice tweeters and bloggers, you can’t help but know that Steven Slater (38), a flight attendant for JetBlue, “unleashed a profanity-laden tirade on the public address system, pulled the emergency-exit chute, slid off the plane and fled Kennedy International Airport” (per The New York Times) yesterday. Reportedly, the tirade was in response to a passenger who defied instructions to remain seated and wound up striking Slater in the head with luggage he was not allowed to be retrieving. Instead of apologizing, the passenger cursed at Slater, which seems to have been what set off his reaction.

Many of my colleagues noted that this was certainly a dramatic way to quit a job. (Have you ever fantasized about making a dramatic exit — whatever the equivalent of opening the exit chute and sliding off might be?)

One post I read mentioned that Slater had clearly thought about doing this before it happened. He supposedly grabbed two beers before sliding out of the plane. Clearly, the pressure cooker of his job finally got to him — this obnoxious passenger was probably the proverbial straw that broke the camel’s back. While he may get a lot of notoriety (some say he will wind up on the Letterman show and making the rounds of the talk shows as a vigilante hero), his situation is not one to cheer on or emulate.

What can you do to avoid a similar situation? If things are getting so bad at work that you are about to blow a gasket and open an exit hatch, instead of fantasizing about how to make a great escape that leaves you without a job, recommendations or choices, instead, focus your time thinking about making a clean break. Some ideas:

Another thing that really struck me about this scenario is the fact that The New York Times used photos from Slater’s MySpace page and researched him using his LinkedIn account. An interesting topic for the next post!

What have you done to bide your time while waiting to get out of a job you hated?