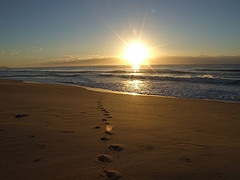 Many job-seekers underestimate how important it is to have an online presenceâ€”a digital footprint to help convince potential hiring managers that they are right for the job. Yesterday’s post about Jobvite’s recent survey should convince you: there is no question a person’s online reputation makes a big difference for job-search success. But ironically, the worst outcome of having a recruiter search for you on the Web would be if he or she found nothing at all.

In a digital age, having nothing listed in Google is the equivalent of wearing an invisibility cloak; that may work for Harry Potter, but it doesn’t do anything to help a job-seeker whose main priority is being found.

It may surprise candidates who make a habit of protecting their online privacy stringently to know that a Google search fails to reveal results. Someone who wants to learn about a candidate and finds no obvious results may be inclined to use search tools that offer access to the “deep Web,”or “invisible Web.” Pipl.comâ€”a site that provides such access, explains, “The term ‘deep web’ refers to a vast repository of underlying content, such as documents in online databases that general-purpose web crawlers cannot reach. The deep web content is estimated at 500 times that of the surface web, yet has remained mostly untapped due to the limitations of traditional search engines.”

There are two types of information available online: data posted by a candidate, and things someone else posts about him or her. Think of the former as a “digital footprint” and the latter as a “digital shadow.” Don’t let a shadow dictate what employers will find out. Why? Because it gives control to someone else, which can be dangerous.

For example, Patrick Ambron, the chief executive officer and co-founder of BrandYourself.com, shared a story about Cody, who was applying to law schools without success. A Google search of his name revealed a post created by an ex-girlfriend that contained embarrassing, unflattering comments. Since Cody didn’t have other information online to combat one person’s vendetta against him, admissions officers were left with questions about his character.

Even if a job-seeker has no enemies, it does not prevent an unflattering digital shadow from clouding his candidacy. It’s not uncommon to share a name with other people. When this happens online, it is known as a “digital doppelganger.” Some people find themselves unwittingly implicated by unflattering accounts about their doppelgangers.

For example, one highly qualified job-seeker received no replies to his applications. After consulting with an online-savvy friend who suggested he Google his own name, the job-seeker found out that his digital doppelganger was charged with murder. Any prospective hiring manager could find this information, but nothing about the job-seeker. It wasn’t until he created a social resume using HisName.com and filling in his own professional information that he began to land interviews. Upon greeting him, the job-seeker’s first interviewer said, “So, I guess you’re not the murderer.”

So what can someone do to regain control of an unflattering or nonexistent online identity? Ambron suggests these five steps:

1. Google yourself. This is crucial, because it’s impossible to know what could negatively affect your reputation. Ambron explains, “Most people find that the top search results for their name fall into three categories: negative, irrelevant, and ‘Hey, that’s not me.'” All three of these results can damage someone’s reputation.

2. Claim your domain name and build a personal website.

4. Do some basic search engine optimization.