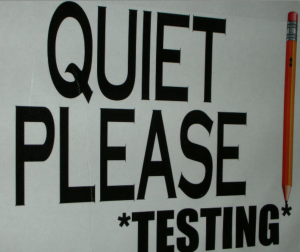 Interviews. They’re a necessary evil for both job seekers and employers; no one seems to love them. There’s lots of advice out there about what to say and what not to say in an interview. Today, we’re going to explore the topic of what you wish you COULD say in an interview, but shouldn’t â€“ that is, if you want the job.

Why do you think I am looking for a job? MyÂ boss is a real jerk.

It’s common knowledge that one of the biggest reasons people leave their jobs is because their boss or manager is difficult (at best) or horrible (at worst). The interviewer may even assume you have a bad boss. But, that doesn’t give you the green light to say anything about it.

Why? Because no one wants to hire the person who is going to be bad mouthing him or her in another year’s time. Dissing your current or recent boss is aÂ big mistake. It’s a huge red flag that is unlikely overlooked in the hiring process. Throw your boss under the bus (figuratively) and you can kiss the new job potential goodbye.

You will not believe the things going on behind the scenes at my job. My employer makes T.V. shows like Scandal seem tame.

If you’re effectively fleeing a shady operation, aÂ toxic workplaceÂ or your employer regularly seems to sidestep ethics in favor of profit, it’s great that you’re interviewing. What is not great is if you discuss your experiences with your interviewer.

That’s not to say you should never consider being a whistle blower. Although, you wouldn’t want to take on that role without first considering all of the possible ramifications, and consulting an attorney. It’s just that spilling your guts about all the wrongdoing at your current or past office, even in hushed tones, while looking behind you to see if anyone else can hear what you’re saying, is bad form for an interview.

Could you BE less prepared for this interview?

Career coachesÂ are always harping on how important it is forÂ job seekersÂ to be prepared for interviews. Meanwhile, many employers, especially the ones who don’t have many opportunities to interview candidates, often seem totally clueless when it comes to what to ask. Some don’t appear to have even reviewed your resume. What a waste of time!

However, your best recourse is to take advantage of an unprepared interviewer and volunteer information you want him or her to know. Do not wait for someone to ask you about the best accomplishment that qualifies you for the position â€“ you make sure to fit it into the conversation. And, no â€“ you can’t suggest the interviewer may want to prepare better the next time if you want a chance to advance in the process.

I know you aren’t going to hire me because I’m twice your age.

Ageism is alive and well, but it doesn’t mean you can’t get a job with a younger boss. If you could be the interviewer’s mom, it’s likely clear to everyone in the room. Instead of focusing on the age difference, make a point to avoid highlighting the generational gap. For example, also avoid colloquialisms such as, “When I was your age” or “Back in my day.”

Let’s cut to the chase: what does this job pay?

It would save so much time if employers and candidate could always be upfront about salary expectations. Unfortunately, it’s usually a guessing game, where each sizes up the other and hopes for the best. Under most circumstances, it is not appropriate to bring up salary until you’re offered the job, so this is just one more on the list of things you wish you could say at the interview.

If you have a lot of hostility or secrets to keep while you’re interviewing, consider practicing what NOT to say as equal in importance as planning what TO say at an interview. You’ll be glad you did.