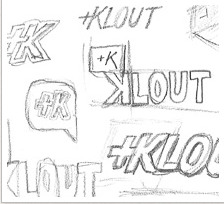 If you are not familiar with Klout, it is a measure of your online influence. As you may imagine, any tool attempting to assign a score indicating influence is going to meet resistance.

This is what Klout says about itself: “Klout began with a very simple idea: Everyone has influenceâ€”the ability to drive action. Klout built on this idea to show anyone how he or she can influence the world and its future. Klout was founded in 2008 to empower everyone to unlock their influence. We come to work every day inspired to help people understand the power of their voices and democratize influence.”

The average Klout Score is 40. Klout explains, “Your Score is determined over a large period of time, and is not necessarily representative of your number of followers and friends.” In addition, Klout notes that the score, which is from 0 to 100 (most influential) reflects influence, not not activity. In other words, it doesn’t measure how busy you are on social media (how many posts you have, or how many updates). What matters is how many people pay attention to you and what you say.

Some people have written about how easy it is to “game” the Klout system. The best way to raise your score is to share good information that interests people and inspires them to share it.

The question of how Klout scores should influence hiring is interesting, and Geoff Campbell interviewed me about the topic for Syracuse University’s School of Information Studies.

As you can read in his well-balanced article, I explained that I thought it was fair to consider Klout scores as one factor of many, especially when hiring for a job requiring influence in social media.

What do you think?