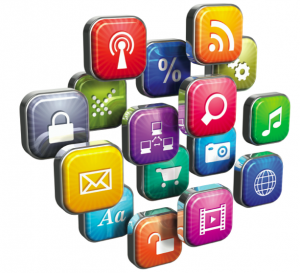 Iâ€™m not a huge football fan, and far from an expert on the subject, but the Super Bowl is about more than just the game. Itâ€™s a party, commercials, a big story – this year, two brothers as head coaches and managing the unexpected (power outage). It seemed a great time to officially announce some exciting newsâ€¦

But first, since Iâ€™m all about the connectionsâ€¦Some fodder from last night:

The â€œcoaches are brothersâ€ story. Whatâ€™s the likelihood of two brothers being head coaches of NFL teams? (And playing each other in the â€œBig Game?â€) Yes, thereâ€™s the family legacy issue, with the father as a coach, and Iâ€™m sure there was some big-time networking involved, but it still seems pretty improbable. What is the lesson for the rest of us? Thereâ€™s a big world out there, and lots of room for talented people with skills to make a mark, be distinctive and to succeed.

If youâ€™re thinking of starting a business, you may recognize that there are lots of other people out there who are making a living doing what you want to do. In spite of that, it doesnâ€™t mean you canâ€™t also be successful. While there is only oneÂ  winner, it doesnâ€™t mean that you canâ€™t be very successful if you take the right steps to demonstrate your expertise and to expand your network.

Unknowns (and underdogs) can win it all. Okay, maybe the Ravens arenâ€™t exactly â€œunknowns.â€ But, they are a relatively new team, formed in 1996. As a non-football watcher, I had to ask, â€œwhat is a Raven?â€ when I heard they were facing the 49ers. They went from start-up to Big Game winners. So it took 17 years for me to hear of them, but I am not their target audience, so thatâ€™s okay! Similarly â€“ you donâ€™t need everyone to know about you â€“ only the ones you need to influence. And, even in a big, deep field of plays, you can still succeed, with hard work and maybe a little luck.

Your thoughts influence your actions. If you watched the game, it was clear the momentum shifted after the blackout. What looked like a blowout game turned into an actual contest. It turns out that’s not so surprising. The AP reported that Ravens safety Ed Reed said some of his teammates were worried that the game would turn when the lights came back on. “The bad part is we started talking about it,’ he said. “Some of the guys were saying, ‘They’re trying to kill our momentum.’ I was like, ‘There’s two teams on the field.’ But once we started talking about it, it happened. We talked it up.”

This is such a big factor for anyone who wants to make a change or try something different. If you convince yourself that you can or cannot do it — it is more likely to be true!

How does all of this relate to my news? I have a new book in the works! This summer, Social Networking for Business Success: Turn Your Interests Into Income will hit bookstores near you. Iâ€™m thrilled to have collaborated with my friend and colleague, Hannah Morgan of CareerSherpa.net, to co-author this book full of ideas and resources for anyone who wants to use social networks to expand their business opportunities. It’s a subject near and dear for both of us, and we’re excited to share our new book with you!

In our book, we offer information and advice for a quick ramp-up if youâ€™re a business owner who wants to use social networking tools to expand and grow. We also provide targeted help for those of you who may be thinking it would be a good idea to start thinking of yourself as a business and marketing your skills accordingly. The Super Bowl lessons make it clear that the improbable is possible.

Your success is in your hands â€“ sometimes; all it takes is just the right information to move from the theoretical to the actual.

We canâ€™t wait to share this book with you! (Read Hannah’s big announcement.)