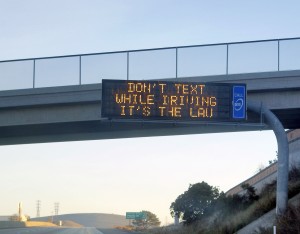 No matter where you work, knowing how toÂ communicateÂ effectively with your boss, colleagues and clients is key to yourÂ continued success. However, with so many different mechanisms to get in touch with people, it isn’t always easy to choose the most appropriate tools to communicate. For the traditionalists, in-person communication has always trumped all other methods, including other long-standing options, such asÂ telephoneÂ andÂ email.

However, what if your boss or team reside in far-flung spots all over the globe â€“ or at least all over town? Many people rarely, if ever, see their colleagues in person due toÂ telecommutingÂ and team members based in different places. When in-person interaction requires an airplane ride, you need to consider other appropriate methods to get in touch. The tricky thing: it’s not always obviousÂ what’s appropriate and what is not.

Go-to communication in lieu of in-person meetings now can include: phone, email, text, direct messages (via Twitter), Facebook messages, or, in some cases, even Instagram, SnapChat,WhatsappÂ or other texting applications. Some people even communicate with their bosses by simply sending an image via text!

However, just because you can doesn’t mean you should. In an environment where there are so many methods to connect and communicate, it’s even more important to evaluate the best tools to use when engaging professionally with your boss or co-workers.

Consider these scenarios and make a decision about how to communicate based on your circumstances:

“Calling in” sick.
This could be a misnomer in the future, if talking on the phone becomes less typical and texting even more accepted. Unless your boss specifically requested you to communicate your sick days via text, it’s generally expected that aÂ sick dayÂ requires a phone call. Of course, there are many exceptions. Maybe your boss is in a different time zone or calling isn’t practical. Consider other, more permanent options to communicate, such as email, in those cases. Even if you don’t text, however, keep an open mind and be aware that texting is becoming more accepted in many work environment. If your boss wants you to “text” in sick, don’t balk.

Sharing good news.
It’s always fun to share good news on the phone or in person, but good news may give the communicator a “pass” on worrying about appropriate tools. The better the news, the more excited someone will be to learn about it and the less likely the recipient is to analyze whether or not you should have communicated it in a different way.

While you should absolutely be attentive to the typical methods of communicating, unless your boss never checks texts, it’s unlikely anyone will complain if you text a screen shot of your great sales numbers or a photo representing a big win. Consider following it up with a more formal update, such as via email or phone.

Asking for a Raise
Some things haven’t shifted with the times. It’s unlikely even the most text friendly boss will want to receive a request forÂ a raiseÂ via text, or even email. It’s best to communicate this type of request either in person, if possible, or on the phone if an in-person meeting isn’t feasible.

Constantly evaluate.
The best approach for any professional is to ask in advance about preferred ways to communicate. If you see people are changing how they communicate, re-assess and ask if you have questions about what’s expected and acceptable. Even though many bosses would balk at a text to “call in” sick, it’s possible your situation is different, or you have a supervisor who doesn’t fit a typical mold. As more communication options become available, the onus will always be on the individual to evaluate and make the best choice based on his or her own circumstances.