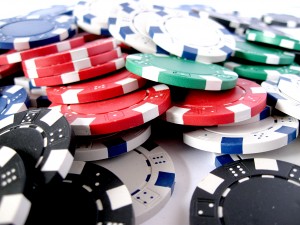 One of the most important things you can do to succeed at work and win new opportunities is learn how to sell your ideas to key stakeholders. In many cases, the first line of defense isÂ your own boss. If you can’t convince him or her your idea has merit, it’s unlikely your thoughts will see the light of day, and you’ll lose your opportunity to shine, even if you have an awesome idea.

When you want to persuade someone to agree with your point of view, your first goal is to identify what that person values. Is there an emotional or strategic tactic that would appeal to your boss? You’ve decided he or she is unyielding, but what can you appeal to in order to get his or her attention? Most careerists listen to basic business speak: numbers, return on investment and profit. Before you try to convince an uncompromising boss to do something differently, make sure you’ve spent time listening and researching the most likely scenarios to connect with your target audience of one.

Kevin Weir of ActionCOACH advises that a boss’s aversion to new ideasÂ could relate to fear. Your boss may worry that the change will have a negative impact. Even if you lost the boss lottery and work for a really tough person to sell, if you’re strategic, you can still successfully win a new fan and potential advocate. Weir suggests these four steps to sell your ideas to an uncompromising boss:

1.Â Identify the negative consequences of the current situation to your boss.Â Weir suggests you point out the consequences of the current situation. For example, how much money is the company losing using the current system? How many people hours go to waste because things never change? How much more revenue could the organization lose by continuing at the current rate? “This may take time, but at some point, he or she will start to realize that the cost of inaction is much greater than the cost of action,” he says.

2.Â Illustrate the benefits of making a change.Â Once your boss acknowledges that the status quo isn’t ideal, it’s time toÂ illustrate benefitsÂ of making a change. Weir suggests you raise some key questions, such as: “What will it mean for the team if we can spend less resources, but get the same results? How much more money will we make and what are the benefits to everybody, including the boss?” A rigid boss motivated by fear may begin to see a net positive benefit from risking a change. Weir says, “This is the time to start giving some ideas of your solutions, but don’t paint the entire picture as it still may scare your boss off.”

3.Â Present your idea last.Â Once the boss recognizesÂ that making a change is the best-case scenario and acknowledges the benefits of doing something different, begin to present your ideas. “Make sure that you are more focused on the first steps to implement,” Weir says. “If you get them thinking in terms of how they are going to make this happen all at once, they will go into overwhelm mode and freeze up again. Once they take that first step, they are now more likely to take the second and ongoing steps.”

4.Â Reveal your idea in increments.Â After winning interest for the first step, unravel your idea carefully and avoid overwhelming the change-averse boss. You don’t want him or her to put the breaks on the idea or to become paralyzed by over-analyzing the situation.