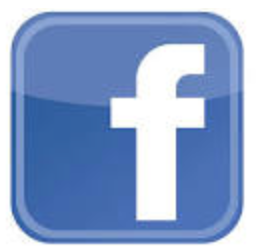 Is Facebook helpful for job search? I answered some questions for a reporter from Newsweek.

1)Â Â Â Â  Should people eschew traditional methods of job searching in favor of finding new gigs on social sites like Facebook and Twitter? Why did that trend begin?

No, people should not forget about traditional networking methods in favor of a 100% social media strategy. Ideally, job seekers should take advantage of social networking to connect with new people and then move those connections from online to in-person interactions.

The trend toward social networking has been happening for the past several years, as employers warm to the idea of identifying candidates via social recruiting. Jobviteâ€˜s Social Recruiting Survey for 2012 polled more than 1,000 human resources and recruiting professionals. The survey showed:

In other words, the trend began (and continues) because many employers believe they get better candidates and it takes less time to identify and hire them when they use social networking tools.

Get my free white paper:Â 5 Mistakes Job Seekers Make and How to Avoid Them.

2)Â Â Â Â  An upcoming study found a correlation between talking with close friends online and the likelihood of getting a job–contrary to the old belief that your cache of looser acquaintance ties are more likely to find you a job. With your experience, which do you think is most effective in helping with the job search?

Without seeing the study, I can only make a few assumptions.

Itâ€™s not surprising that itâ€™s useful and important to communicate online to close friends to help find a job. I believe that is actually one of the reasons that the 2011 Jobvite study showed around 78% of job seekers who said social media helped them find a job mentioned Facebook as being the most useful tool. When the people who really know you well (generally, this describes Facebook friends) also understand your job search needs, it is easier for them to help you.

I can say the statistics generally favor referrals as sources of hire, but the definition of â€œclose friendâ€ may be key to interpreting the study. The data about referrals are compelling:

CareerXRoads is a consulting practice that conducts annual studies about how organizations source and hire employees. Their 2012 study says it takes 10.4 referrals for one hire, but that nearly half of all companies make at least one hire for every five referrals they get. Clearly, winning a referral to a company or hiring manager increases someoneâ€™s chances of landing an interview and a job.

Â In my experience, it does not require a close friend in the traditional sense to make a good job referral. I think one of the best things about social media is that you can expand the network of people who know, like and trust you without necessarily always needing to meet those people in person. In other words, you can get to know someone pretty well via frequent and brief online interactions. Those online interactions often result in people becoming familiar and comfortable enough with someoneâ€™s expertise to refer that person for a job.

Smart job seekers tap into the various online tools to help them identify and connect with new people in their networks who can help them. Some of those people may become â€œclose friends online,â€ which may relate to the study you mentioned.

3)Â Â Â Â Â  What have you found to be the best methods for successfully using social media to find a job?

Job seekers should use social media tools to:

1.Â Â Â Â  Demonstrate their expertise. Job seekers should post frequent updates, news and information to showcase their knowledge in their field. Ideally, these job seekers become go-to resources for other experts in their industries because they clearly demonstrate they have their â€œfinger on the pulseâ€ of what is going on in their fields. People who show they have expertise instead of simply telling people they have expertise will demonstrate whatâ€™s known as â€œsocial proof,â€ which is more compelling than any statement on a resume or job application.

In this case, the job seekerâ€™s social stream becomes like a living resume or portfolio that an employer or networking contact can review to assess compatibility for a position.

2.Â Â Â Â  Grow their networks. As already noted, the more people who know you and what you offer, the better off you are. There is no easier or faster way to cast a wide net and engage with a lot of other professionals in your field than by finding a community online. Then, those casual networking acquaintances can become the close friends who help them find jobs.

3.Â Â Â Â  Learn new things. In many industries, it is possible to learn what speakers are sharing at professional conferences without ever leaving home via social media streams. Many people â€œlive tweetâ€ sessions at conferences or otherwise share details from events a job seeker may not be able to attend in person. Additionally, once job seekers plug into strong online communities, itâ€™s easy to collect information, advice and resources about what is going on in the field â€“ itâ€™s like a constant stream of professional development!

4.Â Â Â Â  Be found. When people focus on numbers 1-3, being found is a natural result. Ideally, job seekers want to reverse the hiring process from a â€œpushâ€ to a â€œpullâ€ process. Instead of applying for jobs, wouldnâ€™t it be nice for jobs to come to you? Social media makes it easier to become a sought after person in many professions.

Job seekers who tap into social networking tools with these four points in mind will get the most from the tools employers are turning to in greater numbers than ever before.

Want to avoid typical job seeker mistakes? Get my free white paper:Â 5 Mistakes Job Seekers Make and How to Avoid Them.