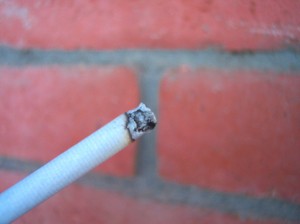 We spend most of our waking hours on the job, so it’s natural that we’ll catch each other engaging in some unfortunate habits. The problem with bad habits is, sometimes, people don’t know how much they are grossing out their colleagues. If your co-workers seem to be in a permanentÂ bad mood, it may be because of you!
Check this list and make sure it doesn’t describe anything you’re doing at work.Â Add your grossest pet peeves in the comments, and we’ll tweet out the best ones using the hashtag #GrossAtWork.

Picking.Â
Nose picking, skin, zit picking â€“ picking at yourself should be reserved for when you’re behind closed doors. In fact, you shouldn’t put your hands near your face at all during the day. Think of all those germs you’re transferring â€“ yuck.

Uncovered coughs and sneezes.Â
Especially during cold and flu season, but really, all year long, it’s pretty gross to watch someone sneeze all over the place. Or, worse, to sneeze or hack into his or her hand and then touch virtually everything you’re going to be touching later. Lysol, anyone? Keep some tissues or a handkerchief handy and sneeze into your arm or elbow if you absolutely must. It can’t hurt to make a big show of washing your hands if you have just deposited all of your germs into them, too.

Clipping nails.Â
It’s mind boggling that people think clipping nails is an appropriate activity for in public. If you don’t want to provide the means for someone to cast a nasty spell on you (don’t they always require nail clippings?), do not pull out those handy clippers in your cubicle or anywhere in public; it doesn’t matter if you’re trimming your toes or snipping your hangnails. It should go without saying, but luffah-ing your feet or any part of your body is also a no-no at work. (Yes, this does happen.)

Plucking.
Like clipping, plucking just about anything at work is a big “ick.” Don’t pull out your compact and start tweezing your eyebrows or nose hair where anyone can see you.

Flossing.Â
In general, flossing is a good idea, but not in public. Seriously: no one wants to see what comes out from between your teeth, and leaving the dirty floss on the bathroom sink at work is considered especially disgusting.

Doing laundry in the restroom.
Certain things are always best when done at home, and laundry is one of those things. Wearing clean clothes is a big “yes,” but rinsing out your undergarments or other attire in the office restroom is a “no.”

Not flushing the toilet.Â
No one can quite figure out why people don’t think they need to flush the toilet, but it’s high on the list of gross habits at work. Perhaps you are saving water at home, but make a habit to flush the toilet in public or the person following you into the restroom is going to get an unpleasant surprise.

Putting on your contact lenses.Â
Perhaps not the most egregious of all faux pas in public, popping in your contact can make some of your non-contact lens wearing friends a little squeamish. It’s best not to do it at your desk. At the very least, go to the restroom, where you can wash your hands first.

Poor table manners.Â
Unless you want people to think you were raised in a barn, make a point to eat with your cutlery and not your hands if you want toÂ get ahead at work.Â Pushing food onto your fork with your fingers doesn’t count as using your silverware, either. While you’re at it, don’t eat off of your knife, either. If no one will go to lunch with you, maybe you now know why.

Heating up smelly food.Â
Before you put something in the microwave, stop and think: will this food make the entire office stink? If the answer is yes, consider bringing a cold sandwich instead and you won’tÂ burn any bridges.

Leaving a mess.
Unless your housekeeper follows you around at work, make a point to clean up after yourself. Trash, dirty coffee mugs and remains of your meals and snacks shouldn’t greet your colleagues when they visit your office or cube or frequent the staff lounge after you. While you’re at it,Â declutterÂ your stuff. No one wants to look at your messy papers and files, either.

Now it’s your turn to share pet peeves in the comments below.