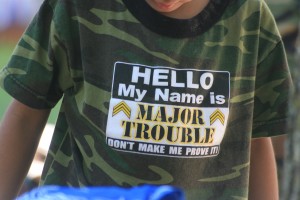 “Seeking liars; apply within.” An unlikely headline for any job. While some employers may be lazy and fail to confirm credentials before hiring certain applicants, people who embellish their qualifications or lie about them are always at risk for losing their positions — even after having worked in the job for years.

Case in point,Â news reportsÂ indicate that Steve Masiello’s coaching career has gone into limbo because the University of South Florida (USF) decided to verify his credentials before extending a formal offer to recruit him away from his current position at Manhattan College. Clearly, based on his bio posted on his current employer’s website, he was representing himself as having a bachelor’s degree. A background check uncovered the lie; he never graduated. Now, he stands to lose the offer to join USF he is on leave from his current job as a result. One lie could result in two lost jobs.

If you don’t want to be looking over your shoulder or hoping no one in HR gets suspicious and decides to audit their files, avoid these whoppers on your resume:

Lies About Past Employers

Do not lie about where you worked, even if you think it sounds impressive to pad your resume with big-name employers. It’s very easy to verify employment, even via a quick review of LinkedIn contacts and an email or two.

If you think failing to mention key points will keep you out of trouble, think again. “You never actually asked me if I graduated with a degree” will not serve as a good excuse if you’re approached about lying about your academic credentials that may be listed in an ambiguous manner on your resume.Â Leaving dates off your resumeÂ and failing to disclose other details is not wise.

As illustrated in Masiello’s case, these lies can come back to bite you, even after you’ve been in a job. In fact, there was a case of a dean at MIT who resigned her post after working there for 28 years when the university audited its files and learned she did not have degrees from the three schools listed on her initial resume.

Plan to leave a job off your resume because you were only there for a short time? Keep in mind, there is a lot of scrutiny on new hires, and if a company conducts a background check, you’ll need to be prepared to explain why you didn’t want anyone to know you worked in that company. You don’t want to raise any red flags or spook employers who might wonder what else they don’t know about you before they hire you.

You’ve likely read about how personal branding is an important part of marketing yourself for a job, but you may have incorrectly assumed boosting your qualifications was part of growing your brand. Avoid embellishing your titles, your mentors or your skills and accomplishments on your resume and you’re much more likely to land in a job that’s the right fit for you. Avoid thisÂ big job search mistakeÂ to find – and keep – your next job.