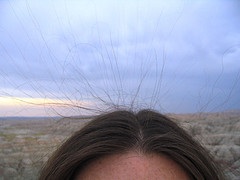 Is there a generational, workforce clash in the making? Recently, MTV conducted a “No Collar Workers” study of Generation Y, also known as Millennials (born between 1981-2000). And the study’s results may make some older workers’ hair stand on end. For example: 92 percent of those surveyed feel their company is lucky to have them. And 76 percent of Millennials think their boss could learn a lot from them.

Based on these results, it might be easy for readers to interpret younger workers’ attitudes as egotistical and self-important.

Is this a recipe for conflict in the workplace? It could be. A recent Time article reports there are approximately 80 million Millennials, between 44 and 50 million Generation Xers (those born between 1965 and 1980), and 76 million baby boomers (people born between 1946 and 1964). Also, “Approximately 10,000 Millennials turn 21 every day in America, and by the year 2025, three out of every four workers globally will be Gen Y.”

So, can we all get along at work? Charles Purdy, senior editor for Monster Worldwide has studied inter-generational conflicts and thinks it’s possible to leverage Gen Y workers’ attitudes for positive results. He suggests the following to careerists who are working with the youngest members of the workforce:

1. Create a transparent work environment. Purdy explains, “Information builds trust, community, and a shared feeling of purpose.” Retaining these workers requires engaging them. “Gen Y feels engaged when they know why. When appropriate, make data available for all employees to see. When people know the score, they feel trusted.”

Purdy quotes Brad Karsh, president of the workplace training company JB Training Solutions, when he says: “Millennials have been taught to ask ‘Why?’ So we will give them an assignment that maybe isn’t the most glamorous assignment in the world. We’ll say, ‘Go pull numbers for the spreadsheet,’ and they will say, ‘Why?’ Now older generations, when they hear that,they think, ‘How dare you? I am your boss. Because I said so.’ The reason Millennials are asking that is they legitimately want to know ‘Why?'”

2. Turn away from a time clock evaluation calendar and take the focus off of hierarchical structures. Instead, create a motivating environment where performance is related to concrete goals and projects. Purdy notes, “Millennials don’t go about their work in ways that are intended to get them to the next rung of the corporate ladder or win them favor with their bosses. They prefer to get involved in projects and initiatives that fascinate them, that they consider worthwhile, and that they see as useful to the world at large.”

3. Recognize star performers publicly, and tie their great performance to the success of the organization.

6. Invite interaction with members at all levels of the organizations.

8. Give them some attention.

10. Use social media as a way to sell your company as an awesome place to work.