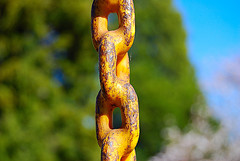 Earlier today, one of my Twitter friends, life/brand strategist Walter Akana tweeted an intriguing question. He asked: How do you keep your networking skills continually refreshed?

My answer: I try to think of networking as a way of BEING instead of something to DO.

Another Twitter friend, Megan Fitzgerald, an expat career and entrepreneur coach, replied: I think networking is about giving (form of doing?) Using your brand to help others. You could say BEing of service.

I love the synergies Megan creates between doing and being…I think these are terrific ways to think about networking for job seekers.

I think the most successful networkers are those who aren’t necessarily looking for something, but are focused on the fact that networking is something you can try to become…Become a connector, someone who likes linking people together for their advantage.

In his book, The Tipping Point, author Malcolm Gladwell defined connectors as “people with a truly extraordinary knack of making friends and acquaintances.” In our digital, Web 2.0 world, success will depend more and more on our ability to broaden our professional circles and to reach out to a diverse socio-economic group of people representing a mix of opinions and beliefs. Professionals who habitually introduce people who otherwise may not meet earn goodwill and reputations as valuable resources and colleagues.

In his book, Never Eat Alone, Keith Ferrazzi says, “…Community and alliances will rule in the twenty-first century…[success is] dependent on whom you know and how you work with them (291).” He asserts that living a truly connected life is a prerequisite to success. For example, Ferrazzi mentions that Crain’s 40 Under 40, a list of rising stars in an array of fields, aren’t necessarily the best businesspeople. Instead, he suggests that they are probably the best connected businesspeople.

The value of connectedness is never more heightened than during uncertain economic times. Anyone who has been reading the recent “how to recession proof your job” articles and blogs will realize that they inevitably share one common piece of advice: Network for career success.

When networking becomes you and inspires you to act on behalf of others, you’ll know that you are achieving true networking success.

We can get you on the road to true networking success by teaching you how to approach networking, writing your resume and helping you every step of the way! www.keppiecareers.com.