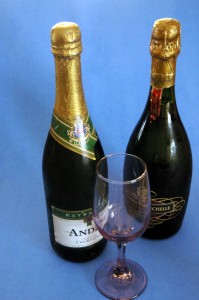 If you’re gainfully employed, this time of the year likely means you are obligated to attend at least one company holiday party. Now is the time to prepare. Why should you care? Jessica Hagy, author of How to Be Interesting (In 10 Simple Steps), and the blog “Indexed,” notes, “Interesting people build social capital, which is another way of saying that they’re valued by others. Interesting people are befriended, hired and retained far more easily than their boring counterparts.” You don’t want to be considered boring, so prepare to conquer the holiday party.

How can you make the most of the office holiday party – an opportunity many would prefer to avoid â€“ and be sure it helps, instead of hurts, your chances to move ahead with your career goals? Hagy provides these tips to help you navigate the sometimes treacherous holiday party landscape.

1. Be aware of gender bias. According to Hagy, “If you are female, nothing is more socially disastrous as being perceived as haughty and aloof. If you’re male, being thought of as an awkward loner is equally devastating.” Whether or not this is fair, perceptions often follow people and influence their opportunities. If you tend to be on the quiet side, you may want to make an extra effort to step out of your comfort zone and talk to people so you are not unfairly labeled as disinterested or rude.

2. Avoid awkward moments. You don’t need to chat up the CEO, although it can’t hurt to touch base with people in leadership roles if you have something interesting to say to them. Hagy suggests you “Avoid the weeping drunks in the bathroom (unless of course, you’re curious about the truly juicy corporate gossip) who will make you appear irresponsible by association.” Instead, seek out and say hello to people, even if it is a little awkward.

3. Plan conversation starters. Hagy suggests that it’s OK to compliment people on their attire â€“ most people appreciate a kind word about what they’re wearing. However, she notes, it’s not OK to compliment someone on how attractive their spouse or date is. Avoid awkward moments by sticking to the basics. Open-ended questions are best, as you don’t want to get into an exchange of “yes” and “no” answers. For example, “Have you ever been to Maui?” would result in a yes or no, while, “Where’s your favorite place to vacation?” can engage someone in conversation.

4. Research some anecdotes. If you’re not plugged into what’s hot and what people are talking about, it’s time to do a little research. Troll trending topics on social media sites and online news pages. “Try to steer clear of mood-killing topics like the death penalty, cancer, the weather, obvious plastic surgery performed on the VP’s mistress and recent layoffs,” Hagy says.

5. Don’t eat as if you’ve never seen food. “Make a trip to the buffet, but don’t gorge on the bacon-wrapped dates or attempt to eat anything that’s drenched in sauce. Gluttony and messiness are best indulged in more casual settings with people you actually like,” Hagy notes.

6. Don’t overdo it at the open bar. “There’s a line between being relaxed and being a liability,” Hagy says. Make sure you stay on the right side of the line.

7. Don’t run off. Spend some time at the event. You never know â€“ you may meet a great new contact at the holiday party. The difference between meeting a new contact and missing potential opportunities may be that extra 10 minutes you decided to stay. Give yourself and your colleagues a chance; everyone has the capacity to be interesting, given enough gentle prodding and attention. “Listen closely. You just might make a friend or win over a previously antagonistic colleague,” Hagy says.