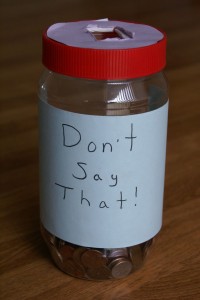 It wouldn’t be surprising if you’ve heard what used to be language reserved for the locker room at work. As what used to be considered vulgar language makes its way into popular culture and finds its way on TV, many believe it’s appropriate for professional settings, too.

Academic research validates that, sometimes, swearing does not negatively affect credibility.Â Forbes reportedÂ on a study by Cory R. Scherer and Brad J. Sagarin, who were at Northern Illinois University. Students listened to three speeches, and the two whose speakers cursed scored as being more persuasive than the speech without curse words.

In their study “Swearing at Work and Permissive Leadership Culture: When Anti-Social Becomes Social and Incivility Is Acceptable,” researchers Yehuda Baruch and Stuart Jenkins, of University of East Anglia in the U.K., discovered that swearing at work can actually help workers bond together, improve team spirit and form relationships. Especially if it’s unexpected, swearing can win attention (both positive and negative) and the user may gain authority, even if just for the moment.

If swearing can win friends and influence people, is it everÂ a big mistake?

In cases where professionals are expected to refrain from impulsivity, cursing at work may be damaging. If your job is to appear in control at all times, randomly letting out a stream of expletives is not going to enhance your credibility or trustworthiness. Additionally, keep in mind, some will view your use of profanity as a weapon to try to dominate a situation or to aggressively seize power from more polite peers.

There are also gradations of swearing, and some may be more acceptable at work than others. For example, saying, “sh**” after spilling a glass of water on yourself is unlikely to raise many eyebrows. Cursing someone out because they’ve made a mistake, on the other hand, could get you in trouble, even in the most profanity-friendly workplaces.

Should you drop the “F-bomb” at work?Â Interestingly, a survey on theÂ Today Show’sÂ website suggests no, by a vote of 31% to 69%.

Unless it is clear (for example, in many trading floors in the financial sector or on a loading dock) that swearing is an acceptable and expected way of communicating in your workplace, with so many potential uncertainties, including gender dynamics, individual preferences and the emotional responses possible, the best advice is to use profanity sparingly, if at all, when you’re at work.