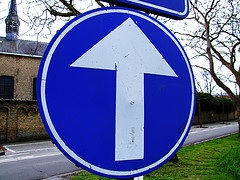 In Simply Hired’s February Jobs Report, there were some silver linings for job seekers.

Month-over-month, growth in job openings (based on posted jobs on Simply Hired) were up 3.8% and year-over-year (compared to February 2010), they were up 49.7%.

Statistically, the most competitive place to land a job was Miami and Fort Lauderdale, where there are 9 candidates for every one opening. Washington D.C. has one job for every one candidate. (Remember, this is a statistical analysis, which doesn’t necessarily mean you will or will not be able to land an opportunity.)

Daniel Greenberg, CMO, SimplyHired.com, explains how they calculate these ratios and what they mean for job seekers:

This ratio also includes every job opening, meaning that part-time and contract work is considered – not just full-time jobs. Everything else being equal, job seekers in highly competitive job markets would be well served to relocate to areas that have more favorable job seeker-to-unemployment ratios.”

If you’re looking for a job — or thinking you need to start using social media to propel your career, my book: Social Networking for Career Success is available on Amazon (at a great discount). Please order now!