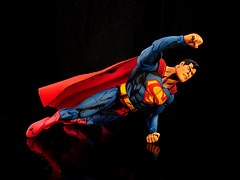 What do you want to do when __________? Fill in the blank. The question is typical for many life stages. We remember being asked, “What do you want to do when you grow up?” when we were younger – too young to really know what to say. Admit it — was “superhero” on your list? Certainly, it’s a valuable question to consider after high school and upon graduating from college. It makes sense for anyone laid off of a job to re-visit “what’s next,” especially if his or her industry no longer offers many new opportunities.

Today, thanks, in part, to an organization called Civic Ventures (a think tank on boomers, work and social purpose) many people of traditional retirement age are asking themselves what is next for them. If you broaden the traditional view of “superhero” to include work related to helping people, maybe it’s not such a bad goal! As reported in an earlier post, research from Civic Ventures shows that as many as 9 million people ages 44 to 70 are already in encore careers that combine personal meaning, continued income and social impact. That’s up from an estimated 8.4 million in 2008. Another 31 million people, ages 44 to 70, are interested in finding encore careers. Together, those currently in encore careers and those interested in encore careers represent 40 percent – or two in five – of all Americans ages 44 to 70.

Earlier this month, I was honored to attend Civic Ventures’ conference: Encore 2011: Shaping the Future of the Encore Movement. We discussed what might be next for people thinking of encore careers and how to help advance a movement where encore careerists would find opportunities in a variety of fields and industries.

Ruth Wooden board chair of Civic Ventures and former president of Public Agenda, where she is now a senior adviser, shared thoughts about the encore movement. These are some of her comments:

The encore movement is way more than an encore career.  It’s a state of mind that says “I am not finished yet.  I’ll live every last minute with joy, hope and a deep spiritual connection to the world.”

The encore movement is people who believe passionately that we can do way better by our country, our communities and our neighbors.

The encore movement is a time in our lives when we can live with less fear of failure and more freedom to serve–with no expectation of any return of any kind.

The encore movement is designed to overcome common enemies–age discrimination, inertia, perpetual childish leisure, and outdated notions of what we can and cannot do.

The encore movement is about new role models and we each get to be one of the first.  I’ve heard the saying “If you are not a beautiful example, then you are likely to be an ugly warning.”

The encore movement is about fixing things in our society that are broken.  That makes us just a little bit crazy enough to try something new and different–something small at first but staying everlasting at it.

The encore movement is not about what I should do, but what I feel called to do.

The encore movement is about one cutting edge corporation leading the way, giving corporate permission to others to get on board — or risk losing good younger employees to companies that do offer encore programs to all their employees.

The encore movement is about making commitments, taking action and coming back next year to report on progress.

The encore movement is about transforming employer attitudes, including nonprofit and public sector organizations so they will have to compete in the future to get the best encore talent.

The encore movement is about entrepreneurial investors, backing a big idea for scaling up new transition pathways for boomers — on line and one-to-one.

Do these remarks resonate with you? You don’t need to be in the “second half of life” to be thinking about how to create an environment where experienced workers would be able to assume and expect their skills and experiences would be valued in a wide array of work places. Might you be a member of the “Encore Movement?” Are you wondering what is next for you, your friends — or maybe for your parents? Have you thought about how you may want to get involved with work combining, “purpose, passion and a paycheck?” Stay tuned for more information and advice about how to make those goals come true!