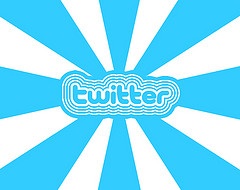 No doubt getting fired for something said, posted or tweeted often makes the news. This week in Atlanta, Chadd Scott, a radio personality, lost his job for tweeting disparaging things about Delta Airlines, an Atlanta based company that also happened to be a key client for the station where Chadd worked. 11 Alive News, the NBC affiliate in Atlanta, reported Delta threatened to pull their ads from the station. 680 The Fan Radio fired him for tweeting comments such as:

“Not a big quote tweeter, but #delta should remember ‘when you fail 2 prepare, you prepare 2 fail.'”

“New #delta strategy on de-icing planes in st. louis: wait ’til it melts. well, the company is based in atlanta.”

While it’s unfortunate these tweets landed Chadd in such hot water, the most important lesson job seekers can learn from this story: companies ARE listening! It’s possible to get someone’s attention via Twitter, and to use it to your advantage.

11 Alive reporter Jaye Watson interviewed me about what Chadd did wrong and how people can use Twitter to attract positive attention.