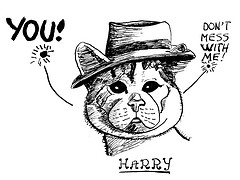 You have that pit in the bottom of your stomach every time you need to talk to your boss. If he or she doesn’t seem to like you, what can you do? You have a few choices.
1) throw your hands up and hope you win the lottery soon or
2) try to figure out why you’re not a favorite in the office and make changes so you can earn some favor with the boss.
Unless a windfall or a new job is in the offing, it’s time to make changes.

If you’re the employee who never finishes projects on time, or you consistently stroll into your office 30 minutes late, you aren’t winning any points with the boss — or your co-workers. If there is a certain time that you are expected at your desk, it’s disrespectful to ignore the rules and come in when it’s convenient for you. If your work is always late, you’re probably preventing your colleagues from getting their part done. These are two cardinal sins.

The fix: This is an easy one. Be on time and finish your work. Learn from your mistakes. If it takes you longer than expected to finish projects, either ask for help ahead of time, or make extra time in your schedule to get everything done. That may mean skipping those long lunches and extended coffee breaks, which aren’t winning you any points, either.

2. You take no initiative.

Especially if you’ve been in your job for a year or more, your boss expects you to know how to handle certain issues. If you come running to ask for help every time an unexpected situation arises, it’s a drain on your boss who always needs to tell you what to do next.

The fix: Learn from situations you’ve handled in the past and take the reins of your job. Instead of panicking and asking for help, make a decision and solve the problem at hand.
Of course, there’s always the flip side to any issue: If your boss is a micro-manager, he or she probably doesn’t like it if you never ask before you act. In that case, take the opposite approach: Contact your boss with the problem and suggest the solution before you take action.

No boss likes an employee who never tells him anything. For example, if you had an unfortunate run-in with a client, and the boss hears about it third-hand, you are not going to be on the “nice” list. No one likes negative surprises, least of all bosses.

The fix: This is easy. Just keep your boss in the loop. Send a quick email update at appropriate intervals. Ask your boss how often he’d like a check-in email, and make a point to keep him in the loop if anything comes up that he will want to know in the interim.

4. You blame other people.

If you’d win the “pass the buck” contest at your workplace, don’t be surprised if you’re not a boss favorite.

The fix: Start to take some responsibility when things go wrong on your watch. Explain the problem and what you’ve already done to make sure it doesn’t happen again.

Given a choice, most bosses would choose to fire the employee who stirs up the most drama in the office. If that person is you, take note: Your head could be on the chopping block. Are you the first to spread a rumor? Quick to run to one colleague to share some news that’s sure to fuel discontent? Are you the first to complain or criticize when there are new policies or procedures? Do you try to rile up your colleagues to gang up against your manager? Are you creating problems where none existed? While personality traits are tough to self-assess, try to objectively evaluate your behavior. You’re probably stirring up drama outside of work, too. If a friend calls you a drama queen, take pause and ask yourself: Am I considered a troublemaker at work?

The fix: Once you identify the problem, tone it down. Stop before you share juicy gossip. Don’t complain — for once. Think about how you can improve morale in your office instead of destroying it. When you make efforts to change, it’s possible you can alter the impression people have of you, and improve your relationship with the boss.