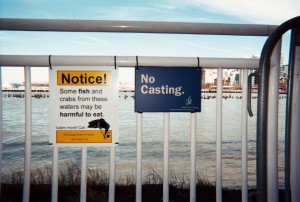 Working in aÂ toxic officeÂ is bad news: your health suffers, you’re edgy and irritable and you dread going into the office each day. Â However, those symptoms aren’t the only signs that you need to find a new job. Here are 12 signs you work in an office with a poor work culture.

What are signs you work in a toxic office?

1. Your boss is aÂ recognized bully.Â
When the senior leader’s behavior resembles a “what not to do at work” checklist, you know you’re in trouble. This could come in the form ofÂ sexual harassment,Â practical jokes frequently targeting one person or otherwise racist, sexist or homophobic comments. If the boss often berates employees or publicly intimidates them, and no one does anything to prevent or curb the behavior, it’s likely the office is toxic.

2. Co-workers frequently gang up on each other.Â
WhenÂ one person harasses another, even when they are equals, there are no consequences and no one else seems to think it is a problem, it’s difficult to get comfortable at work.

3. It’s not unusual for co-workers or your boss to take credit for your work.Â
This is not only frustrating, but it can cost you a promotion or a raise. You may be blindsided one time by this problem, but do what you can to prevent it a second time.Â Document your work and ideasÂ and, when appropriate, make colleagues aware of your ideas so it’s clear what you suggested for a project.
4. You’re doing the work of three or four people without any recognition.Â
Unfortunately, this is not uncommon, as companies have downsized or failed to replace people who leave. If you never earn a raise or any reward for your work, it’s likely time to look elsewhere.

5. Colleagues are insubordinate.Â
If people don’t think they need to follow the rules and are generally rebellious and arrogant, flaunting their ability to do whatever they want without worrying about negative ramifications, it’s a major problem.

6. False accusations are the norm.
If you’re aware that making up stories and accusing other people of things they did not do is the norm in your company, and you begin to feel like you go to work with a bunch of kindergarteners, it’s a sign of poor office dynamics.

7. TheÂ boss is ineffectiveÂ or absentee.Â
“When the cat’s away, the mice will play,” or so says the nursery rhyme. If your colleagues can’t wait for the boss to go on vacation so they can have their way, it’s not a good sign.

8. Poor performers never seem to lose their jobs, while strong workers areÂ fired.Â
When the organization values and rewards people who aren’t carrying their weight, but potential leaders quickly lose their jobs, it’s possible that those in charge are threatened by competent workers.

9. Everyone operates under different rules.Â
When the supervisor does not apply rules consistently to everyone in the same role, it can be very challenging for those left with the short end of the stick.

10. There is a lack of formal training plans or programs.Â
If your onboarding was an introduction to your new boss and a key to your new office, it can be a sign that you’re in for a tough road.Â Lack of organization when you join a companyÂ could suggest problems ahead.

11. People are promoted in random, seemingly illogical ways.Â
If you’re always shocked by who got promoted, because the people are generally not well regarded from your perspective, you will probably want to think about moving on.

12. Supervisors don’t communicate expectations well.Â
Communication skills are so important, but many bosses fail to make their needs clear. If your boss couldn’t communicate his way out of a shoe box, you can never understand the priorities and you’re always being berated for getting things wrong, assume you’ll have many difficulties achieving your goals in the organization.

Don’t consider these problems expected behavior in the workplace. If you don’t see a way to change things at your organization or there is no support for positive shifts in workplace culture, now is a good time to look for a new job.