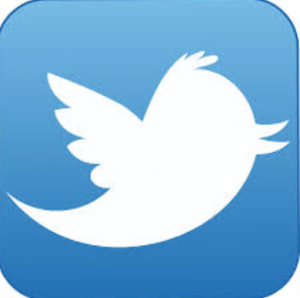 Research shows employers benefit from using social media to attract candidates. According to Jobvite’s 2013 Social Recruting Survey, 94 percent of recruiters use or plan to use social media to hire, and 49 percent of them assert that theyâ€™ve found better-quality candidates via social recruiting. Jobvite is a consulting firm that studies how employers source and hire candidates. While it may seem obvious to job seekers to turn to LinkedIn, the go-to professional network, for job search activities and to apply for positions, some companies are accessing channels like Twitter to recruit.

Candidates in more than 62 countries from India to the U.S. participated in the interviews, and the company is selecting five of them to evaluate for the final slot. HCL will offer the winning candidate an opportunity to work on a year-long strategic project with the companyâ€™s top management. Prithvi Shergill, chief human resources officer at HCL Technologies, offers some tips for engaging with employers on Twitter â€“ many of which serve as lessons for traditional in-person interviews as well.

1. Stand out. During HCL Technologiesâ€™ #COOLESTINTERVIEWEVER campaign, more than 88,000 tweets employed the hashtag, yielding more than 266,000 retweets and subsequent conversations across different social channels. Due to the sheer volume of tweets and participants (at its peak the hashtag was trending in 19 cities), itâ€™s important to make yourself stand out so that the person on the other end of the computer has a reason to remember you.

One way many candidates helped themselves stand out was by engaging before and after interview questions had been asked. They took the time to share their enthusiasm for the campaign and shared bits of their personality by sharing photos, writing poems or other creative tactics to ensure that they would stand out.

2. Perfect your elevator pitch. During a Twitter interview, you only have 140 characters to communicate your skills and areas of expertise. While it may seem like an impossible task, it forces you to succinctly describe yourself. This can help in all interviews, whether they are via Twitter, Web chat, over the phone or in person.

3. Focus on relevant skills. The most successful way to do this is to feature skills and expertise that are most relevant to the job to which you are applying. In a case like a Twitter interview campaign, where you are up against thousands of other applicants, remember to highlight what makes you stand out.

4. Be human. Remember that youâ€™re interacting with a person. During the #COOLESTINTERVIEWEVER, HCL employees, not computers with auto-responses, were engaging with participants in real time. While itâ€™s important to answer the questions required, itâ€™s also important to show a little bit of your personality. Not only do you want to show that youâ€™re qualified for the job, but demonstrate how youâ€™d be a good fit for that companyâ€™s culture.

5. If at first you donâ€™t succeed, tweet, tweet again. Persistence also pays off. Avoid spamming the company on Twitter, but donâ€™t give up. Some of the standout candidates from HCL’s campaign participated much longer than they were required to by sharing their enthusiasm for the campaign and HCL. Just like in a standard job interview, itâ€™s important to show a certain level of enthusiasm for the company for which youâ€™re interviewing and demonstrate your interest to help you stand out.

Some of the candidates who stood out the most were those who continued to interact with the hashtag even when questions werenâ€™t actively being asked, helping to demonstrate their interest in the company and the campaign.

6. Have fun. More companies may be looking for candidates on social media platforms because they know itâ€™s a successful way to reach creative individuals who are willing to try new things. Not only are they looking for qualified candidates, but theyâ€™re also looking for personalities who match their companyâ€™s innovative and fast-paced environment.