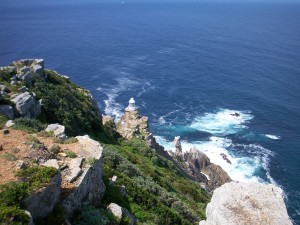 Is work becoming tiresome? Do you need a “mental health day” and a break from your job and co-workers? Sometimes, just calling in sick (cough, cough) doesn’t seem inventive or interesting enough, and you ramp it up a bit by offering a more interesting excuse.

Before you decide to call in sick (when you’re not really sick), or provide another excuse to stay home, keep in mind that some distrusting employers may decide to check up on you. A survey fromÂ Career BuilderÂ found 30% of employers checked in on employees to make sure they weren’t making up excuses to miss work. The survey found 64% required a doctor’s note for being sick, 48% called the employee during the missed day of work, 19% snooped on social media posts, 17% asked another employee to call the worker and 15% reported that they had driven by the employee’s house. (Presumably to determine if the person was actually at home or not.)

Recently, a man in Florida went so far as toÂ fake a home burglaryÂ to avoid going into work. Apparently, he did not know that reporting a false crime was actually illegal; he wound up in jail.

Most people don’t go to such lengths to avoid work, but they do come up with some interesting excuses. Have you ever heard (or used) any of these:

“I was so overwrought because my team lost last night, I just couldn’t get out of bed.”Â There’s a reason the term “fan” comes from the work “fanatic,” but even the most die-hard fans would balk at this excuse for missing work.

“There was a squirrel in my house and I needed to wait for animal control. They took all day to get there.”Â It sounds crazy, but it is possible for outdoor animals to find their way into the house. Would you really want to leave home with a squirrel roaming your house? However, if this is true, it may be wise to post some timely pictures on social media of the squirrel chowing down on your cat’s food in the kitchen.

“The cat got out and is hiding under the deck.”Â If you have animal lovers in your office, they probably wouldn’t expect you to leave your indoor cat outdoors for the day. However, as with the squirrel, you better have some photos, and does it really take you the whole day to rescue your cat?

“There’s a sinkhole in my yard.”Â What sounds like a crazy excuse could actually be true, but this is pretty easy to confirm, especially if your employer is the “drive by to check on you” type.

“I didn’t have a thing to wear.”Â Even if you work in a fashion conscious environment, this is unlikely to hold water as a reasonable excuse to stay home from work. Similarly, “I can’t find my shoes” will not garner much sympathy.

“The electricity went out and I can’t open my garage door.”Â Even if you’re not particularly handy, it shouldn’t be too difficult to disable to automatic garage door. Alternatively, consider other transportation options, such as a cab or a ride with a friend.

Even if you work in a creative industry, make sure you’re using your skills to your advantage, and not to get you in trouble with your boss and colleagues. Don’t be the one in the office best known for reasons NOT to come to work!