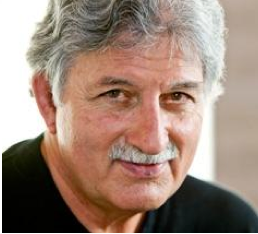 This architect noted data revealing that the building sector consumes approximately half of all energy production and causes about half of all greenhouse gas emissions each year. He wanted to change that.

Civic Ventures, which awards The Purpose Prize, is a think tank on boomers, work and social purpose. The organization introduced the concept of encore careers, which combine meaning, continued income and social impact. They provide  social entrepreneurs over 60 $100,000 each for using their experience and passion to make an extraordinary impact on some of society’s biggest challenges. Now in its sixth year, the $17 million program is the nation’s only large-scale investment in social innovators in the second half of life.

Learn more about this winner below!

An award-winning architect in Santa Fe, Mazria had a 40-year record of innovation and advocacy in sustainable building. But even he was surprised when in 2002 his analysis of U.S. government data revealed that the building sector consumes approximately half of all energy production and causes about half of all greenhouse gas emissions each year. In 2003, Mazria founded Architecture 2030 to change those practices. The group issued the 2030 Challenge – a set of benchmarks for reducing energy use and greenhouse gas emissions in the built environment (buildings, homes and other man-made structures) to “carbon neutral” by 2030. The American Institute of Architects, U.S. Conference of Mayors, U.S. Green Building Council and National Governors Association immediately adopted the challenge. Legislation followed. Mazria will soon release the 2030 Palette, a global set of comprehensive guiding principles, which will be translated into multiple languages for application internationally.