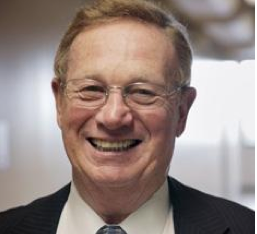 How is someone who has run a public company going to explain he’ll take a job as a night watchman?

It’s a question Purpose Prize winner Randal Charlton of Detroit asked himself at one point in his career. His story is really inspirational, as he’s experienced many ups and downs personally, but has been working to help create jobs and opportunities in Detroit.

Civic Ventures, which awards The Purpose Prize, is a think tank on boomers, work and social purpose. The organization introduced the concept of encore careers, which combine meaning, continued income and social impact. They provide  social entrepreneurs over 60 $100,000 each for using their experience and passion to make an extraordinary impact on some of society’s biggest challenges. Now in its sixth year, the $17 million program is the nation’s only large-scale investment in social innovators in the second half of life.

In his lifetime, Charlton has bought and sold 14 companies, worked as a journalist, tended dairy cows for a Saudi sheik, started a jazz club and consulted for a world bank. For four years, he served as executive director of TechTown, a business incubator aiming to recruit local entrepreneurs to revitalize Detroit’s economy. Charlton transformed TechTown from a nearly empty industrial building with few resources into a thriving hub, currently supporting 250 companies. More than 2,200 entrepreneurs have received training at TechTown, which has helped clients raise $14 million. On November 1, Charlton will transition from leading TechTown to focusing his expertise on BOOM! The New Economy, a TechTown-affiliated venture that offers training, one-on-one mentoring and internships to people over 50 exploring second acts.