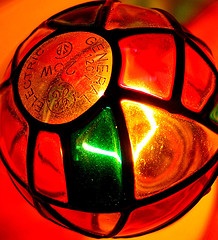 Last week, I was a guest at an iRelaunch Return-to-Work Conference in Atlanta. It is always a pleasure to have a chance to hear from recruiters, and, in this case, also from a number of women who returned to work after taking some time off. Carol Fishman Cohen and Vivian Steir Rabin, the co-founders of iRelaunch and authors of Back on the Career Track: A Guide for Stay-at-Home Moms Who Want to Return to Work, put together several terrific panels and seminars for those attending.

The panelist share a number of good tips for job seekers…

Ms. Russel commented on how important it is to demonstrate your ability to manage projects, an across-the-board skill to demonstrate on the resume. Other top picks to highlight? The ability to meet deadlines, manage a team and to fit the organization’s culture. Ms. Davis noted the importance of referencing key words in a resume and suggested using LinkedIn to connect with people at your target companies. She believes it is a great idea to use Twitter to network and gain and share information and explained it was important to “make your voice heard.”

The recruiters differed in their opinions about cover letters, with Ms. Davis saying she doesn’t always read them, while Ms. Wilkinson believes a cover letter is “quite important.” This is typical of advice regarding cover letters — some read them, others ignore them, so it’s a bit of a toss-up for job seekers. The best advice seems to be to write a strong cover letter, in case it is valued.

The panelists agreed it was important for the candidate to indicate on the resume why he or she left a job or had a gap. For example, “left to care for ill parent” or “stayed home with infant daughter.” They even suggested noting things on the resume such as, “department closed” or “company bought out.” Ms. Russell suggested not “over explaining” a gap, but believed (as did the others) that it was important to account for time off of paid work.

Job seekers may be interested to know that the employers agreed volunteer work, especially board-level work and significant volunteer contributions should be highlighted on a resume when appropriate. In fact, Ms. Wilkinson explained “community work is key at WellPoint,” so showcasing it would be particularly significant. This is a great reminder to identify an organization’s key culture points in order to illustrate why you are well-suited for the job. Sometimes, that cultural fit can really make a difference between two equally qualified candidates.

As for resume length, the general rule of thumb was two to three pages, and all three women agreed referrals from within the company were valued. They suggested asking the recruiter or hiring manager about appropriate intervals for following up and emphasized it was a great question to ask at the interview.

Their final words of wisdom:

Ms. Wilkinson: Know what you want to do. The worst thing is when a candidate does not know. Do your homework about the company and industry and be prepared for the interview.

Ms. Davis: Don’t sell yourself short. Take phone interviews seriously – be sure to smile, even though you’re on the phone; it makes a difference!

Ms. Russell: Dress up for those phone interviews. Be open minded. Recognize your next role may not have existed five years ago!